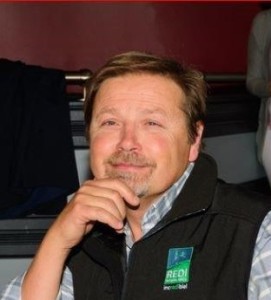 To all UCP members in the Peace River Constituency,

In some 20 years I have lived in northern Alberta, it is rare to come across an individual as dedicated to Northerners as Lisa Wardley. Lisa is a true Northerner having lived for more than 20 years in Zama City, one of the remotest and most rural municipalities in Alberta.

Lisa has served the people of the region on municipal council, on the REDI board on the Northern Transportation Advocacy Bureau (NTAB) and on numerous community boards in the northwest.

Her ongoing dedication to serve the people of the north is unmatched. Lisa was instrumental in creating a partnership between the two northern alliances, REDI and PREDA and the creation of NTAB, an organization dedicated to improving northern transportation routes for people and commodities. She has advocated tirelessly for a rail route from Fort McMurray to Alaska, opening up massive opportunities for value-added industry, for jobs for local people, for economic opportunities for our First Nations.

We are very fortunate to have someone as dedicated and tireless fighting for the rights of northern Albertan’s. Lisa has lived in the region and experienced what it means to be a Northerner. She has experienced the hardships of accessing healthcare, putting children through the education system in the north, and advocating for economic opportunities for Northerners.

Most recently, Lisa was at the helm in the effort to educate all levels of government on the impact to our region should the Cariboo Action Plan be fully implemented. Lisa’s own community and region would suffer greatly but Lisa fought the fight for all our communities, because we would all be affected and because Lisa is a holistic thinker.

I can’t vote for Lisa as I do not live in the constituency, but Lisa would certainly have all my support if she were running in my constituency.

Northerners have, for too long, had to be treated as second class citizens by people from outside our region who do not know what it is like to work, raise a family and grow a community in northern Alberta is truly like.

We need people like Lisa to lead Alberta into economic recovery and I strongly encourage you to support Lisa in the UCP vote on July 31 and August 1. The north needs to be led by true Northerners like Lisa.